Healing Eczema Holistically From The Inside Out 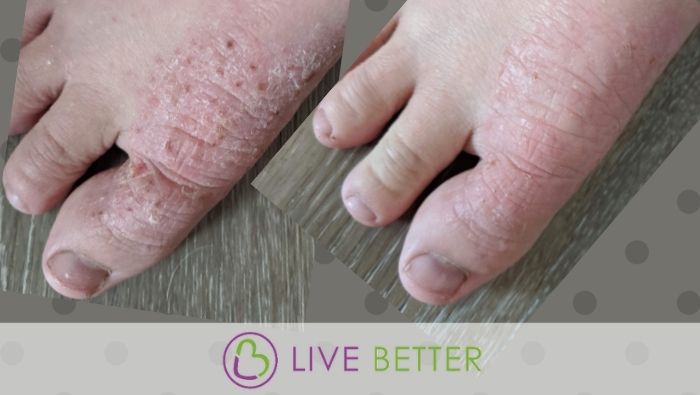 These little feet are of a 12 year old boy named Jack. His Mom, Kim, reached out to me after learning that I was once plagued with psoriasis and had discovered a nutritional that was making a HUGE impact on numerous health issues, including autoimmune skin disorders.

I introduced Kim to the Modexus product, Lonicera Longevity, went over the holistic benefits it provided and she immediately ordered it for Jack.

And as it turns out, Kim said Jack wouldn’t agree to take it until he looked up the ingredients…smart boy!

The side by side pictures in the featured photo on this post were taken only 6 days apart! Kim and Jack are thrilled to see this kind of healing in such a short period of time.

Eczema is an autoimmune issue and the powerful antioxidants, glutathione and other nutritional properties in the Longevity will continue to heal Jack’s eczema as well as nourish his young body in countless other ways!