A Drawing A Day…The Final Word 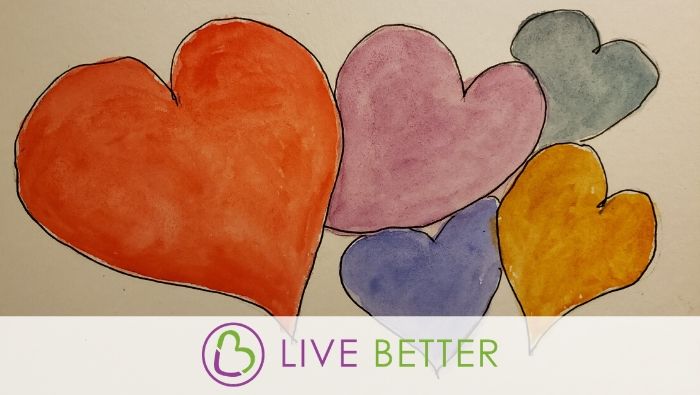 In December 2018, I received an email from Sketchbook Skool. I was on their email list after taking some amazing courses in 2014.

The email included a download called A Drawing A Day 2019 which consisted of a page for each month with a word for each day of the month. I was intrigued! I was missing making time to do a little art and so I decided to challenge myself and commit to doing a drawing/painting every day for the whole year of 2019.

I started on January 1 with the word IMAGINE

…it was the beginning of a 365 day adventure with my sketchbook, pencils, pen and watercolors…I was excited to make the commitment to myself.

On February 9, I decided to upload photos of the pictures I had already done into a Facebook photo album called A Drawing A Day…and then would add each new picture into the album daily. This is where this journey takes a whole new turn. I received messages from a few gals that because of what I was doing, they were inspired to make time and pick up their paint brushes again, setting their alarms 30 minutes earlier so they could make time to play with art. Wow.

Then on April 17, I decided to add a quote that used the word of the day, but didn’t necessarily represent the drawing I did…which actually over time, some did but not always. The word for April 17 was BOOT

and the quote I picked by Henry Rollins was “My optimism wears heavy boots and is loud.” I love that quote. And now the conversations were flowing with each new picture.

Some of the quotes were by authors and friends would post how much they loved their books, other quotes stirred emotions, made people laugh and some picture and quote combinations connected people in awesome conversations. It really turned into quite an adventure…every day. A simple picture with a simple quote.

I’m not sure which picture was the most popular, but several come to my mind that touched people in some way or another. It was a journey I shared, and in doing so I received so many blessings and new friends and hopefully inspired others to start a journey of their own.

If you’ve been holding back from trying something new or revisiting something that brought you joy, stop waiting. The final word for 2019 was INTENTION and is the featured image on this post. Pick up and run your life with intention…you won’t want to miss out on the fun…